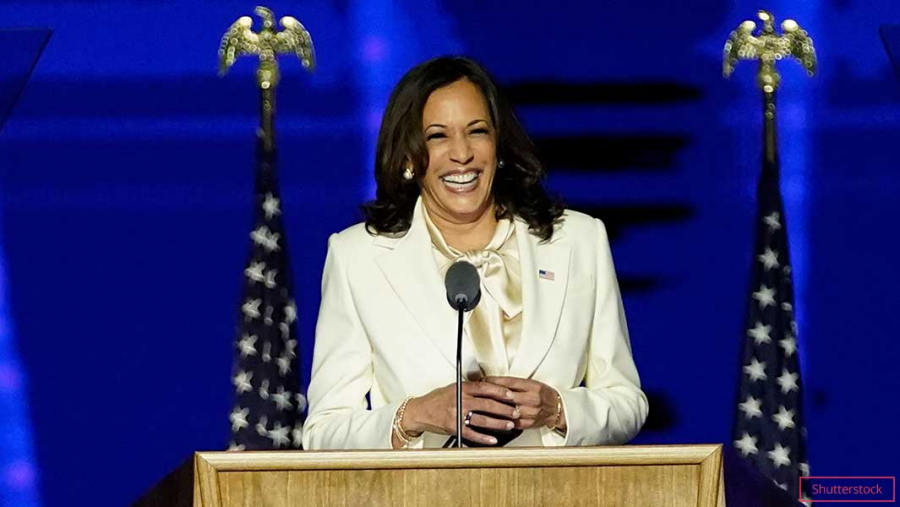 Kamala Harris is an excessively big inspiration to Black females around the world. After she became vice president to Joe Biden, she showed Black women that it is possible to achieve your goals and , no matter what the complexion of your skin.

After Kamala Harris was elected vice president of the United States. Her acceptance speech was particularly inspirational to women.

“All the women who have worked to secure and protect the right to vote for a century 100 years ago with the 19th amendment, 55 years ago with the Voting Rights Act, and now in 2020 with a new generation of women in our country who cast their ballots and continued the fight for their fundamental right to vote and be heard. Tonight, I reflect on their struggle, their determination and the strength of their vision to see what can be unburdened by what has been.”

Harris also added, “While I may be the first woman in this office, I will not be the last. Because every little girl watching tonight sees that this is a country of possibilities.”

Additionally, Harris has campaigned in many communities of color. According to abcnews.go.com, a Campbell University law student, Robyn Sanders, had a short conversation with Kamala Harris in a campaign event. Robyn explained what Harris said.

“She said there are going to be many places and spaces that we’re going to enter into that there’s not going to be anyone like the two of us, but she said to always remember our power as strong, intelligent Black women. And so you know I thanked her for it, but I couldn’t honestly thank her enough.”

Harris’ mother was a cancer researcher and her dad taught students at Stanford University. Kamala studied political science at Howard University and earned her law degree from Hastings College. Kamala worked as a deputy district attorney in 1990, Oakland.

Then, Kamala Harris would not defend Proposition 8. Proposition 8 is the law that banned same gender marriage. In 2013 it was overturned because of her bravery and ambition. Kamala Harris was then recruited to run for the U.S Senate seat. When Kamala Harris took office in 2017, she became the first American Indian and second Black women. Now she’s the vice president of the United States.

Kamala Harris is a huge inspiration to many women in the world. She has fixed many problems in the world, and if it were not for her extraordinary actions, we would not be where we are today.