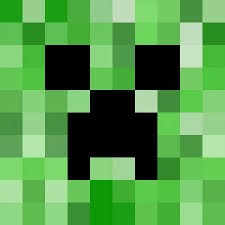 "Minecraft" Is a sandbox video game developed by Mojang Studios.

“Minecraft” is a video game in which players create and break apart various kinds of blocks in three-dimensional worlds. The game’s two main modes are Survival and Creative. In Survival, players must find their own building supplies and food. They also interact with block-like mobs or moving creatures.  “Minecraft” is typically recommended for ages eight and up, being a game that is not overly violent or even that difficult to learn how to use. In fact, for many children, it was one of their first video game experiences online. “Minecraft” is a sandbox video game that uses blocks to be the world and its components you can think of it a lot like virtual cubes it was created in 2009 by the programmer Notch from the Monjang company since then, it has sold over 200 million copies and by 2020 has over 126 million monthly active users. In 2009, “Minecraft” was created by Marcus Persson, also known as Notch, and was originally called “Cave Game”.

The full version of “Minecraft” was completed on 18 November 2011, after which it was first released and made known to the world. The sounds that Ghasts make comes from a sleeping cat. About this time Markus, after discussing the matter with some friends at the TIGSource forum, decided to call his game” Minecraft“ the name was a combination of the words mine, for mining ore in shafts, and craft, as in building or creating something. The rarest item in “Minecraft“ is the Dragon’s Egg as it generates it only once in a “Minecraft” world. After players defeat the

Ender dragon for the first time, the Dragon Egg spawns on top of the exit portal. Players cannot mine it directly using a pickaxe. Some parents hate” Minecraft” Some parents love it. it supplies a creative outlet and keeps their kid out of trouble. Other parents hate it because it is an addictive waste of time, violent and their kids always want to buy “Minecraft” books at the book fair. Back then, there was social pressure to like “Minecraft.” Playing video games might help your eyesight. According to the National Institutes of Health, studies prove that playing action video games enhances key aspects of visual processing including spatial resolution meaning gamers can see things easier and clearer. “Minecraft” has extraordinarily little violence, graphic or inappropriate content, for example there is no blood in the game. Players can however, hit or kill animals or each other in multiplayer mode but this is not the focus of the game and graphics are very cartoon like.

The Mojang Bug Tracker is the official website location for players to report bugs for Minecraft. We could not access this website, but you can check it out at bugs.mojang.com. Steve and Alex are the default names commonly associated with the default skins of the playable character from Mojang Studios and Xbox Game Studios‘ “Minecraft”. Although it is 2015 and women have long made up nearly half the world’s population, “Minecraft” has only now recognized gender diversity in gameplay by adding its first playable female character named Alex.